Deysha Smith-Jenkins will continue to coach our talented 15u/9th grade Lady Shooters group in 2019. Deysha will team up with Coach and Director T.R. Yow as part of this journey.

College: Attended UCONN and was a 4-year letter winner with the Huskies  track and field team. In addition to track and field scholarship, Deysha had a walk-on offer to play basketball for their ultra-successful program led by Geno Auriemma, which she declined to focus on school and track.  Deysha was named an NCAA ALL-AMERICAN in the 4x400m Relay. Deysha and her teammates set many other records from her time competing at UCONN.  Deysha majored in broadcasting journalism before graduating in 2017.

High School: Attended Whitefish Bay Dominican High School ('12) in Whitefish Bay, Wisconsin... Captained both the track and basketball teams... Three time all-state in both sports... Five time state champ in the 100m and 200m... Set the Division II state record in the 200m... Holds the school record in the 100m, 200m and 400m... Four-time all-conference in basketball and named conference player of the year... Two time Dominican High School athlete of the year... School's all-time leading scorer, rebounder, and blocked shots... Part of the honor roll and was the student ambassador. 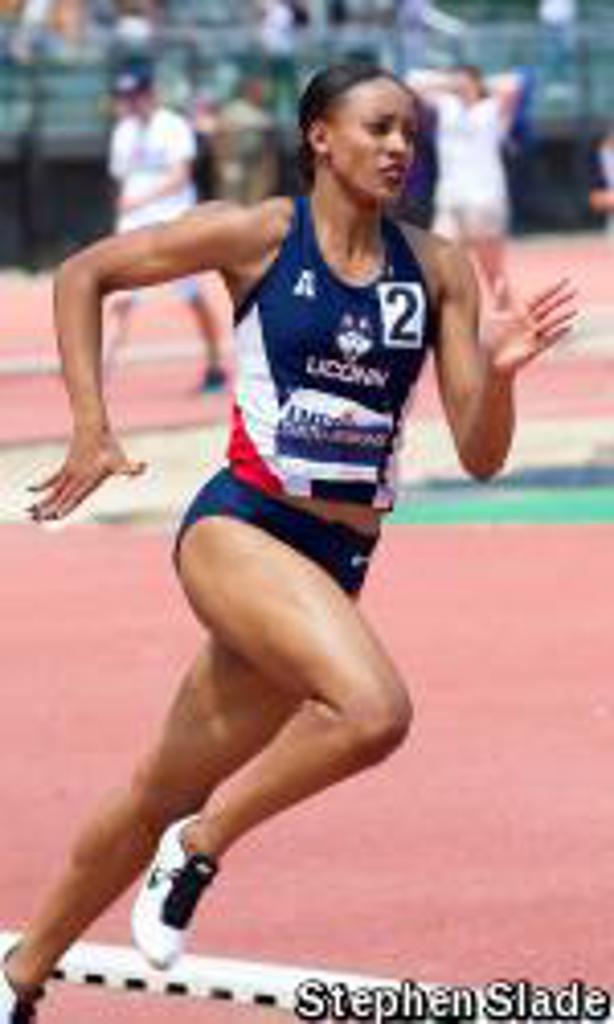